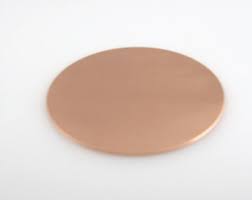 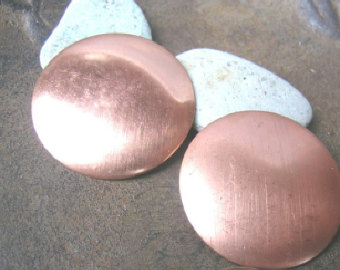 "Four times daily the music of chililitli (copper disks), of cornets, flutes, conch shells,
and of a metal gong  struck with metal hammer, sounded from the ninth story of this temple,
calling the King to prayer. In time, this whole temple to the "unseen god" came to be called
chililitli in honor of its tintinnabulation"
HISTORIA CHICHIMECA CHAP 45 P 228
ALVA IXTLILXOCHITL (written between 1608 - 1616)

Sahagun's informants knew the instrument,
and mentioned its being played during the feast of the water gods
(Book ll chap25, Anderson and Dibble, 1951, p 77,
Garibay edition of corresponding Spanish text, Vol1, p 164, par 25)

"At midnight the priests disrobed, bloodied themselves with the pricking of maguey spins,
then bathed themselves, blew tecciztli (conch trumpets), and struck chililitli with pine mallets."
(Anderson and Dibble, op.cit., cued by Saldivar, Historia de la Musica en Mexico, p21)

"Nezahualcoyotl (1402 - 1472)
famous poet-king of Texcoco
(the capital lying on the east edge of the lake),
gained credit among certain Spanish chroniclers for having been a monotheist.
http://www.mexconnect.com/articles/298-nezahualcoyotl-texcoco-s-philosopher-king-1403%E2%80%931473
http://red-coral.net/Hungry.html
"Late in life he did build at Tezcotzinco a 9 story temple symbolizing the 9 heavens.
Above the top story he reared a shirring to "the Lord  of Creating"
Tlachiuali = Tonacatecutl = Tloque Nahuaque.

This shrine, whose outside walls were sprinkled with stars over a black background,
and the inside with gold jewels, and feather work, housed neither statue nor image
of the "Lord of Creation, whom Nezahualcoyotl lauded as "unseen," "cause of causes"
and "all powerful".
OBRAS HISTORICAS
Fernando de Alva Ixlilxochitl

TETZILACATL
The tetzilacatl, is an instrument of percussion of origin Aztec .
This is a tray of copper suspended by a rope,
which is struck with a mallet or by hand.
It is mainly confined to music in sacred temples.
Alva Ixtlilxóchitl

"a metal coffer called tetzilacatl serving bell with a hammer will also harping metal,
and had almost the same sound of a bell. "

(this was) an instruments made of copper, which was beaten at the dance;
nothing exact is known concerning its form."

"among the articles which were stored in the mixcoacalli
(palace warehouse for musical instruments and dance regalia)
Sahugan names a metal instruments, tetzilacatl, which was probably beaten"

Sahagun mentioned the tetzicacatl at least twice in
BOOK 8 - KINGS AND LORDS,
Seler knew the second allusion, in chapter 14.
In chapter 9, Sahagun listed among the properties for royal dances tetzilacatl coztic teucujtlatl,
the last two words of which mean that the instrument was in this instance "made of gold"

*
The images above are not the actual instrument, as anything metal was melted down
by the Spaniards, this is the same reason there are no longer small huehuetls made of gold,
metal sonojas and/or trompetas made of metal to be found in archaeological sites, but maybe
one day some will be found


MAYAN STONE GONGS
"STONE GONGS" OR "RINGING STONES"
Stone gongs, made from slabs of limestone rock, were in use in one Maya village in Yucatan which I visited. These ringing stones were suspended from a wooden framework, as shown in the accompanying photograph, and were used for calling the inhabitants. Such stones may have served as bells before the coming of the Spaniards. Each one of the four hanging stones produces a different tonal pitch. The tones do not form our musical scale but chord very nicely when struck simultaneously.
MORRIS STEGGERDA
Stone Gongs" Or "Ringing Stones" ·
Morris Steggerda - American Anthropologist - Vol. 46 - Issue 3 - 1944 - pp. 421-421.