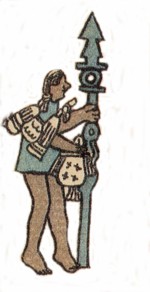 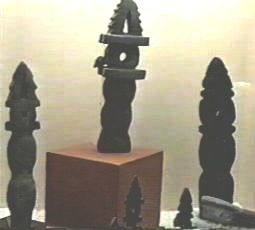 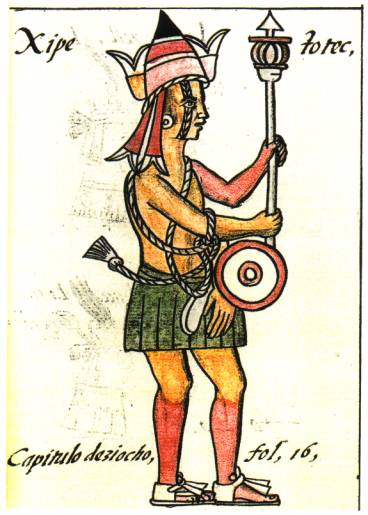 CHICAHUAZTLI
gourd rattle with short handle used in cult or pastime musical ensembles,
the chicahuaztli was a long rattle stick ending usually in a jagged point,
which could be shaken used only in religious ceremonies

"And when they had come to the place where Xilonen was to die,
then the fire priest advanced to receive her;
before her he carried the chicaoaztli/chicahuaztli (rattle board) rattling it"
Its large size permits the stringing of several rattles on the ayacachicahuaztli
("mist rattle board")
These need only shaking to produce rain
HISTORIA GENERAL DE LAS COSAS DE NEVA ESPANA,
1938 ed, I, 165 from BOOK CHAPTER 27 THE CEREMONIES