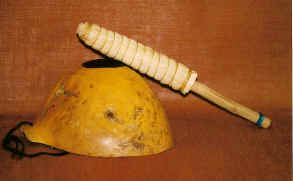 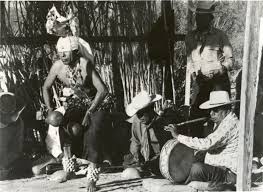 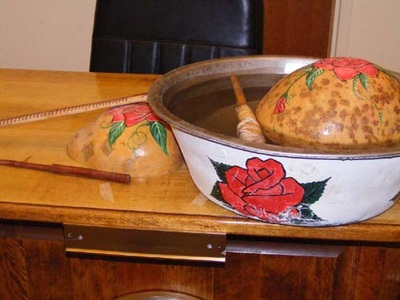 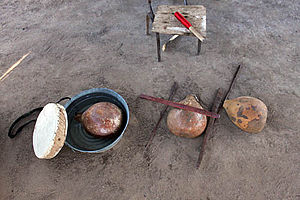 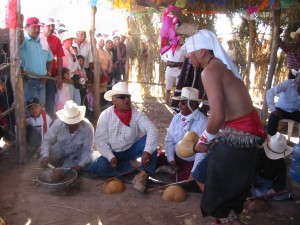 XICALLI - NAHUATL word for gourd, not for water drum

a gourd is filled with water
with another gourd floating in the water and struck with a stick
wrapped in a corn husk called a (baa jiponia)
there are also gourds (hirukiam) which have rasps laid across them
which are then scraped,
the gourd acts as a resonator/amplifier
i.e.,
​the sound becomes amplified as the gourd becomes a natural speaker 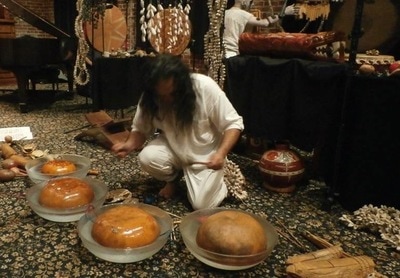 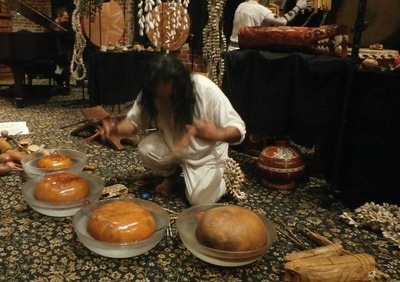 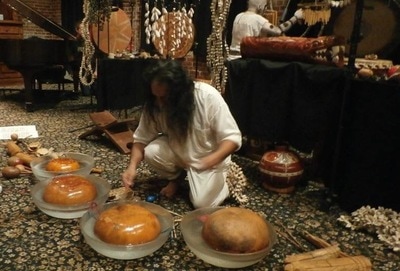 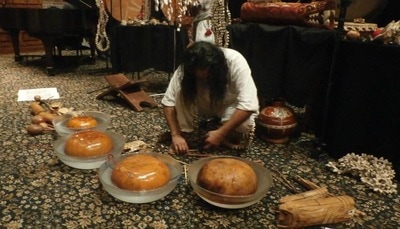 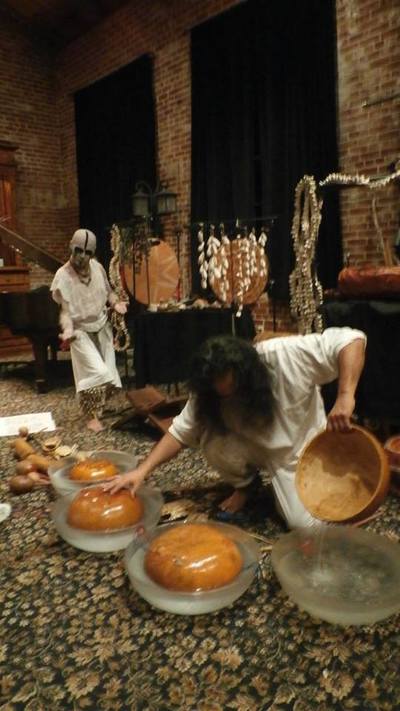 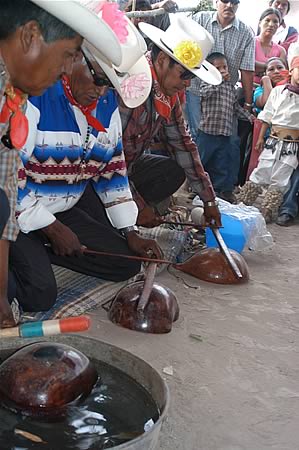 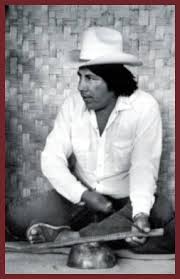 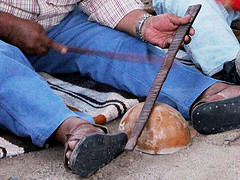 https://americanindian.si.edu/exhibitions/circleofdance/yoreme.html
​
or go here to see comments and discussion about the video

"ceremonial /traditional" versions are usually not shown to the public
and
"performance /stylized" versions usually performed specifically for the public
The following video shows instruments which are usually described as either
a two tongued slit drum = Teponazlti
or a floating gourd water drum = Baa Wehai
this video was made to show the great variety and color of sounds available
thru just the fingers, and hands
i.e.,
the SOUNDs are amazing and beautiful
R&D

I contacted two musicians based in Mexico
one Maya, in the Yucatan and another,
Mexica, in Mexico City and sent them different
images of gourd water drums

"because of the important settlements in the colonies brought home for the exploitation of Azucal:
for example, the so-called Costa Chica in Guerrero and Oaxaca - there are instruments whose use and morphology
have clear African origines (common among Fulani culture inhabiting territories of Senegal, Cameroon and Nigeria)
stay there, and since there are no references to its use before the Conquest, and has stated so well from when utlitza northwest of the Yaquis and Mayos Repulbica between, east in the Yucatan Peninsula between Mayan language in Yaqui nambra baa-baa-wehai or po-wehai, meaning gourd or calabash of water "
ATLAS CULTURAL DE MEXICO (MÚSICA)...de GUILLERMO CONTRERAS..

this is the only source cited
does this mean it's true?
not necessarily

I look for 3 documented (different) written sources before quoting anyone
and this is the only one that I have been able to find so far,
so I am still searching


UPDATE 2014
While there is no documentation showing that the gourd water drum was used in ancient times by the MAYA
there is documentation that when YAQUI were brought as slaves to the Yucatan that they probably brought some of their floating gourd water drums with them. Some modern day MAYA use them as instruments in the same fashion as the YAQUI but we have yet to discover any information stating that they were used in ancient times


Edward H. Spicer (1967)
Cycles of Conquest: The Impact of Spain, Mexico, and the United States on Indians of the Southwest, 1533-1960
University of Arizona Press, Tucson, Arizona.

I did a google and bing search on the following
baa wehai
this came up
​SONORA TRADITIONS AND CUSTOMS LA DANZA DEL VENADO
http://www.visitrockypoint.com/sonora-traditions-and-customs

and of course there is Felipe Molinas books and recordings

THE BOTTLE GOURD/GOURD DNA
AMS radiocarbon dates on bottle gourd rinds are reported after the site name, unless otherwise noted.
Note:
dates in the literature are recorded as they appear, but are listed in rough chronological order from oldest to youngest.

In addition, the bottle gourd's dispersal throughout Polynesia is a key part
of evidence supporting the possible Polynesian discovery of the New World, circa 1000 AD.
The bottle gourd (Lagenaria siceraria) has had a complex domestication history written
for it over the past twenty years. However, recent DNA research suggests that it was domesticated three times:

In addition, the bottle gourd's dispersal throughout Polynesia is a key part of evidence
supporting the possible Polynesian discovery of the New World, circa 1000 AD."

"Domesticated bottle gourds have been identified in the Americas at sites such as Guila Naquitz
in Mexico by ~10,000 years ago. DNA sequences of rinds discovered in pre-contact America are
of the Asian sub-variety.
http://archaeology.about.com/od/bterms/qt/bottle_gourd.htm

PLEASE READ THE WHOLE ARTICLE to find out about African and Chinese gourd DNA
and check out all the links
TRANS PACIFIC CONNECTIONS
http://archaeology.about.com/od/transportation/a/trans-pacific.htm

Reconstructing the Origins and Dispersal of the Polynesian Bottle Gourd (Lagenaria siceraria)
http://mbe.oxfordjournals.org/content/23/5/893.long