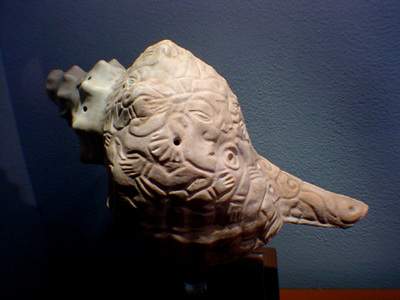 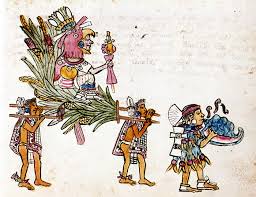 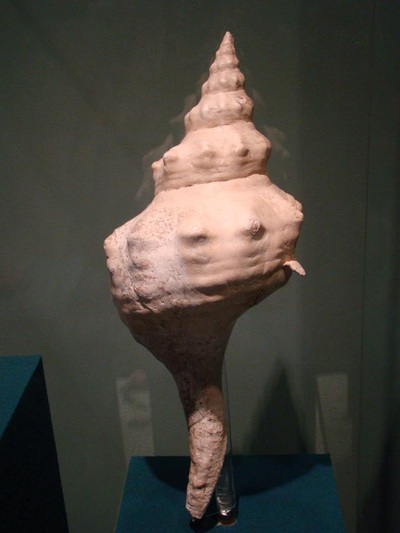 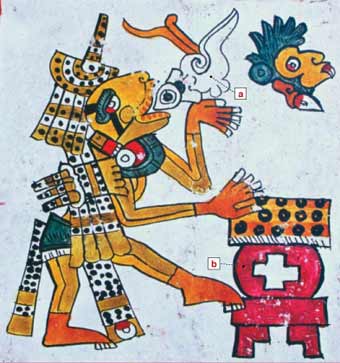 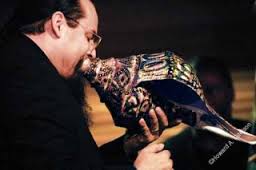 *
"Another even better word for "shell trumpet" than atecocoli is tecciztli,
according to Molina's dictionary (1571)
It is this last word that now and then slips into Sahagun's Nahuatl text;
he himself translates it caracol.

However, much oftener than tecciztli,
Sahagun's native informants used still another term for "shell trumpet"
- Tlapitzalli. **

Anderson and Dibble, translators of Sahaguns Nahuatl text into English, follow his lead;
but despite the example set by Sahagun this meaning (caracol) passes unnoticed in the only
recent book dealing specifically with aboriginal instruments in Mexico -

Instrumentos musicales precortesianos(1955) pages 79 - 92,
of which restrict the meaning of tlapitzalli to "flutes"
MUSIC IN AZTEC AND INCA TERRITORY
ROBERT MURRELL STEVENSON 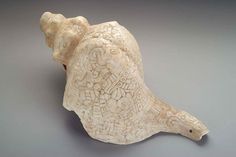 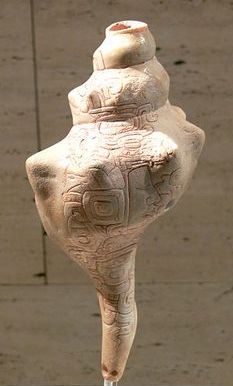 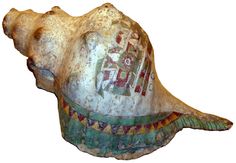 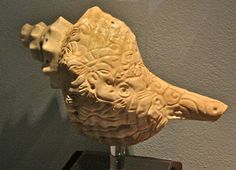 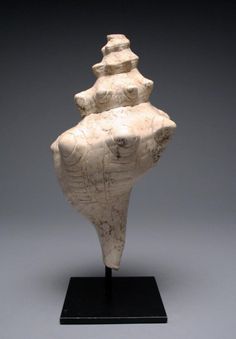 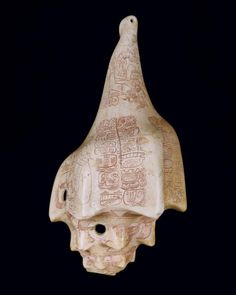 "Just as the players breath gives life to a shell that otherwise would forever slumber in silence,
so also Quettzalcoatl breathes life into a void.
The shell is therefore the appropriate emblem for
the man-become-god-diety."
MUSIC IN AZTEC AND INCA TERRITORY
ROBERT MURRELL STEVENSON
(1952)

In the hands of a MUSICO MAESTRO
STEVE TURRE
a simple instrument,
e.g., a conch shell transforms into MUSIC/MAGIC

Steve told me that he is able to do what he does because of the mouthpieces
he uses in his shells, so I sent the following information to him about the clay
mouthpieces found in the Mueso Nacional de Antropologia

"How many sounds can be extracted from any given archaeological conch
trumpet is a question that ought to involve less speculation than the interpretation
of hieroglyphs on a Teotihuacan artifact.

In MEXICAN MUSIC (New York:Museum of Modern Art, 1940, p.8)
Herbert Weinstock claimed the five notes of a D major arpeggio, rising from the
A below to middle C to d1 an eleventh above, as an easy possibility.

Samuel Marti casts some doubt on this report when he laments (Instrumentos Musicales, p.53)
that  not even the ablest trumpeters in the Mexican Musicians Union can now extract any such series from
a caracol(i.e., conch shell)

He does, however, call attention to a conch trumpet from the Toltec period with four holes cut in the
shell (and illustrated the Tepic museum exemplar, ibid., p. 52). These holes can be stopped with the
fingers, like the holes of a flute, thus providing the several pitches needed to transform the conch from
a mere monotone signaling into a "musical" instrument.

If clay mouthpieces such as the one discovered by Charles Lafayette Boiles at the Mueso Nacional de Antropologia were frequently inserted, then these too would have brought a wider range within the player's easy control.
(We hope to be doing some recording in the near future)