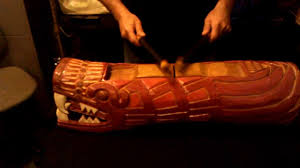 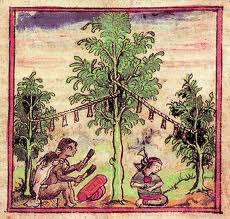 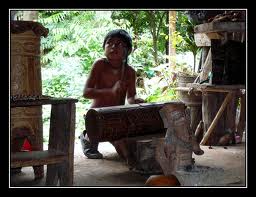 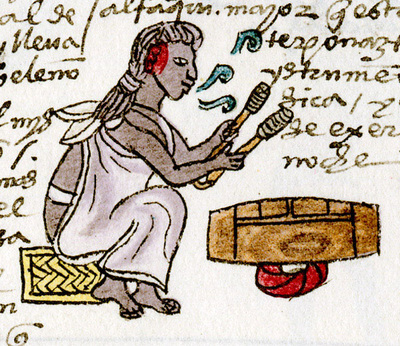 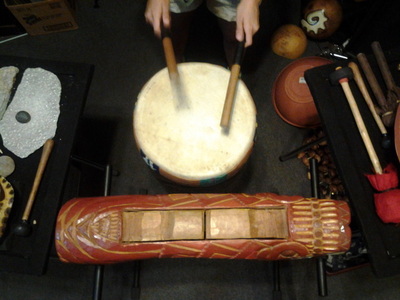 there are many images of teponaztli being played
either sitting on a ring, sitting on the ground,
or being held up by a stand
see images above

TEPONAZTLI DEMO
this is a no frills video just showing the drums played with sticks
instead of rubber tipped mallets,
this is an improvisation, it is not based on a traditional danza rhythnm
it was done specifically to show the beauty of the sound of the drum without accompaniment
TEPONAZTLI from different regions and peoples of Mesoamerica y Mexico
​ 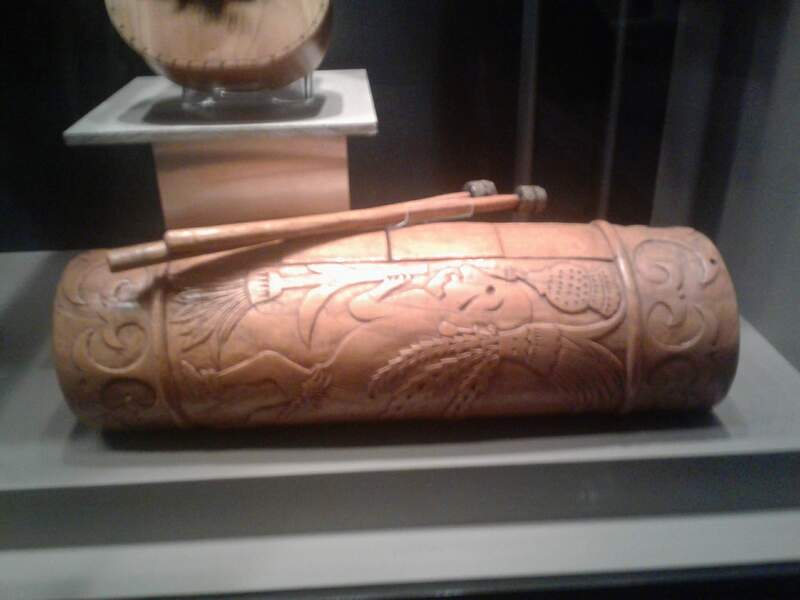 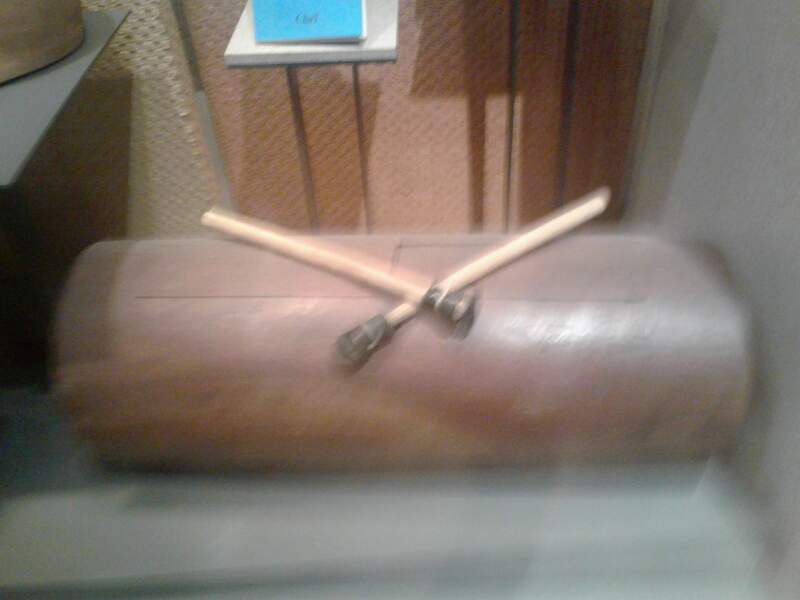 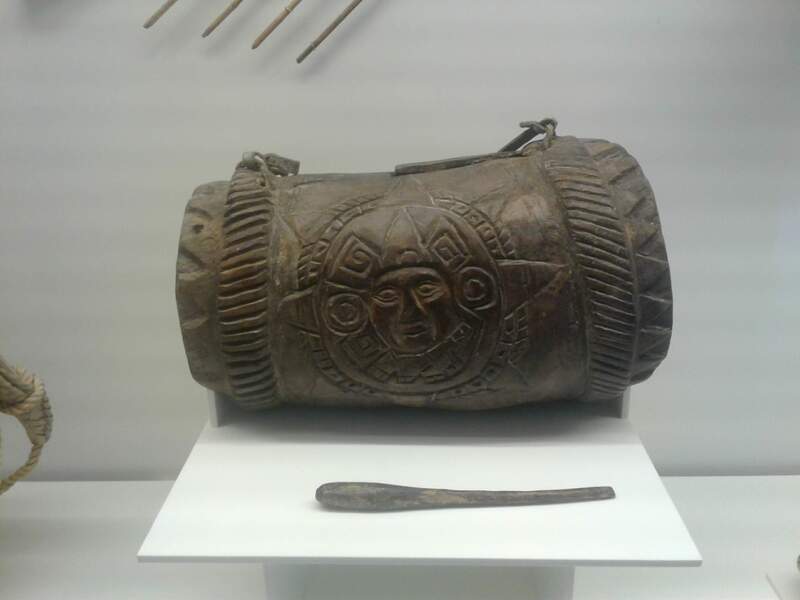 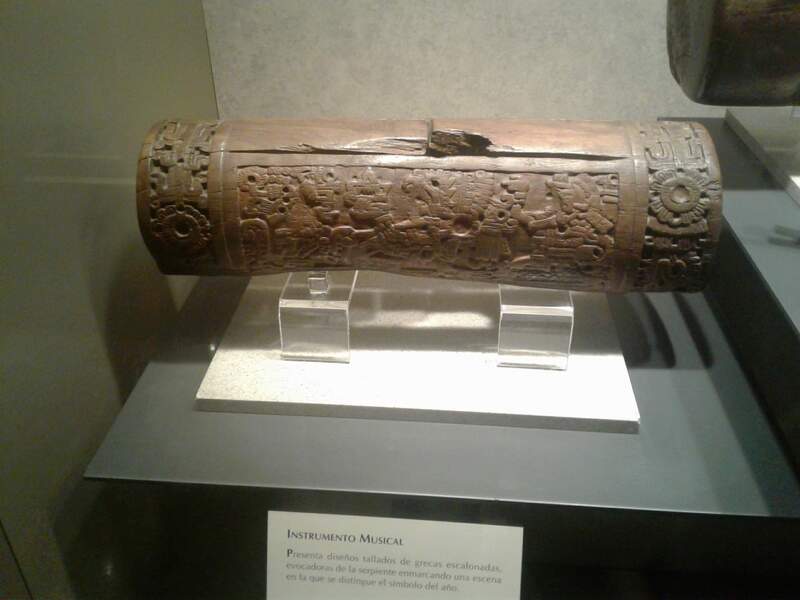 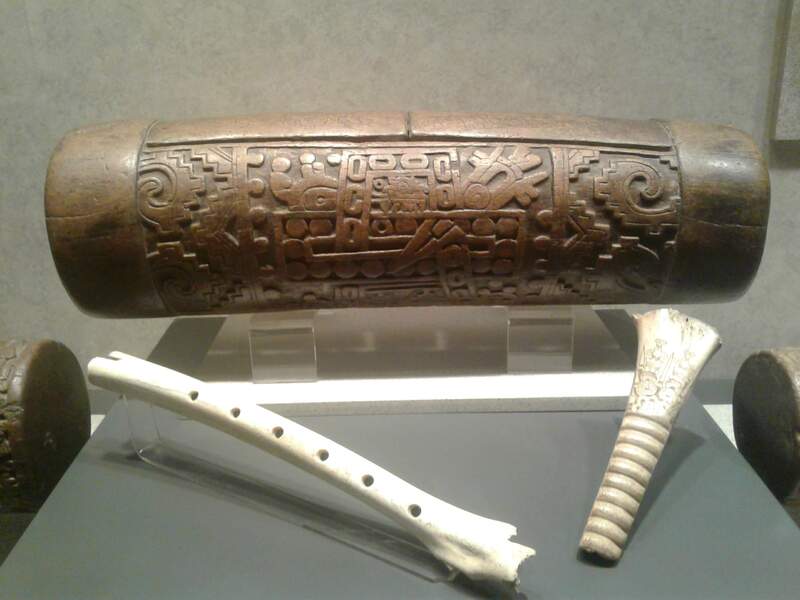 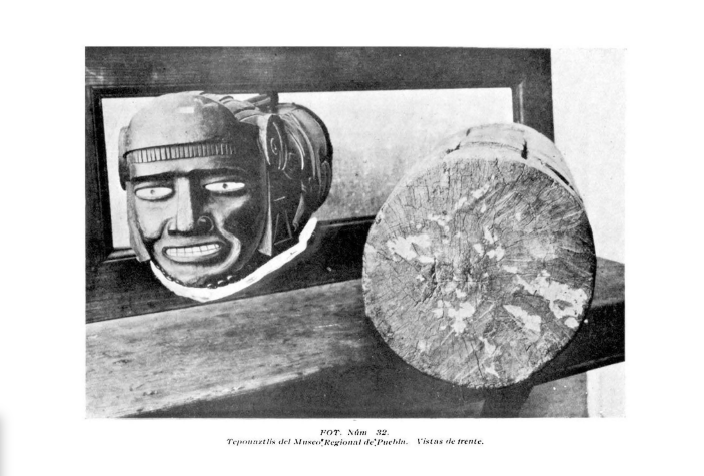 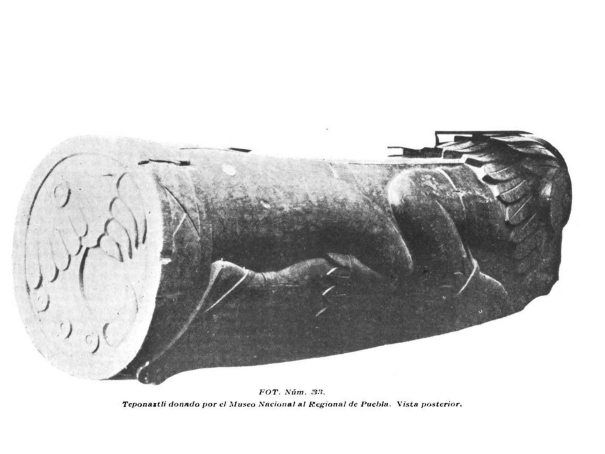 A Spanish account on the origin of the huehuetl and tepo as divine beings sent to earth
Mendieta came to Mexico as a youth of nineteen, and immediately
began the study of Nahuatl, which he learned to speak with signal "elegance.'

He was commissioned by his order to prepare a history of the
Indians and started the Historic Eclesidstica Indiana in 1571 ;
the pressure of missionary duties, the involvement in unforeseen administrative
responsibilities, and the interruption caused by a prolonged journey back
to Spain, delayed its completion, however, until 1596.

Mendieta tells us (b the extract offered below) that the Aztecs ascribed a divine
origin to their two most important instruments,
the teponaztli and the huehuetl.

Teponaztli and Huehuetl were originally divine beings dwelling at the court of the Sun.
A priestly messenger from earth invaded the heavenly precincts and poured forth in song
the story of man's grief.

The Sun, however, forbade his servitors to listen to the earthly messenger.
Teponaztli and Huehuetl disobeyed the Sun, and for their disobedience were
expelled from the heavens.

They fell to earth and assumed the form of musical instruments. Ever since their
expulsion from the skies they have assuaged man's grief with the sound
of their music.

This legendary account is interesting if for no other reason than because
it helps explain why the ancient Mexicans thought a magic power (having
nothing to do with music) inhered in their instruments. Since they thought
the teponaztli and huehuetl were actually divine beings temporarily condemned
to earthly exile, they treated these instruments as idols.


​WHEN WAS THE TEPONAZTLI PLAYED
" so that no hour for prayer would pass without music in the priests dwelling (calmecac),
four professional players of quiquiztli, ayacachtli, ayotl and teponaztli were required during
ceremonies of the sixth month to remain behind while the populace gathered at the waterside
to wade and babble like ducks"
(FLORENTINE CODEX, BK ll, chap 25, Anderson and Dibble, op.cit., p 77
FROM MUSIC IN AZTEC AND INCA TERRITORY
ROBERT MURRELL STEVENSON

WHERE WAS THE TEPONAZTLI PLAYED
"stated that during their dances the Indians always sang in unison with the teponaztli tune.
He stated that the teponaztli and huehuetl players, during all the cult dance but one, were placed
where the dancers could see them, and thus better follow their beat, the one exception being a dance
honoring Huitzilopochtli "
JUAN DE TORQUEMADA